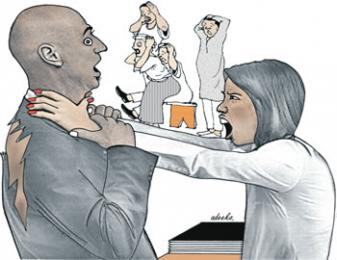 A court in Akure has separated the 15 year old marriage of one Pastor Tunde Adekunle and his wife, Mrs. Agbeke Ad­ekunle, over allegation of public assault on the pastor by his wife.

Pastor Adekunle, who is the founder of the Christ Living Church in Owo, ex­plained that his wife had turned him into a laughing stock at public places in­cluding his church, saying that his wife was fond of making jest of him. 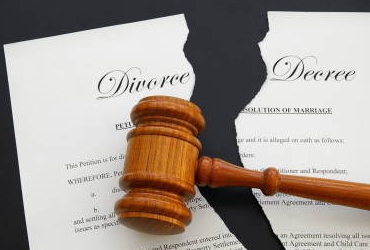 Adekunle who told the court that his wife was a troublesome person, said the woman was fond of beating him over any slight domestic issue both at home and in the church.

The 50 year old pas­tor and father of four told the court that “there was no more affection existing in our marriage and home again, therefore; I want this court to separate us for me to enjoy peace in life.”

He added that his wife was a disgrace to his pas­toral calling and ministry, recalling that his wife once tore his cloth into shreds in the presence of his con­gregation during a church service.

However, the respon­dent denied the allegations but agreed to part with the plaintiff for peace to reign.

The President of the court, Mrs. Olayinka Falo­dun who dissolved the 15 year old marriage, said the evidences presented before the court by the two parties indicated that there was no more affection existing in the union.