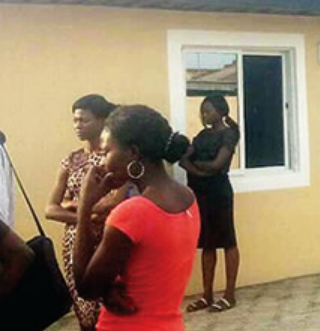 Operatives of the Nigeria Security and Civil Defence Corps, Lagos State Command, have apprehended a professed pastor, Abraham Roland, for allegedly running a human trafficking camp in the Mowe area of Ogun State.

The NSCDC said the pastor allegedly hypnotised his victims, who were mostly admission seekers and students at higher institutions in Lagos, and took them to the camp.

He was also alleged to have sexually harassed some females among them.

PUNCH Metro learnt that many of the victims had spent between three and five years at the camp which Roland also used as a church and residence.

He reportedly struck relationships with the victims through a tutorial centre he ran at Kosofe, Lagos, where they respectively enrolled to prepare for the Unified Tertiary Matriculation Examination.

Our correspondent learnt that in the course of the tutorial, Roland introduced the victims to a fellowship, which he later moved to his Mowe residence. 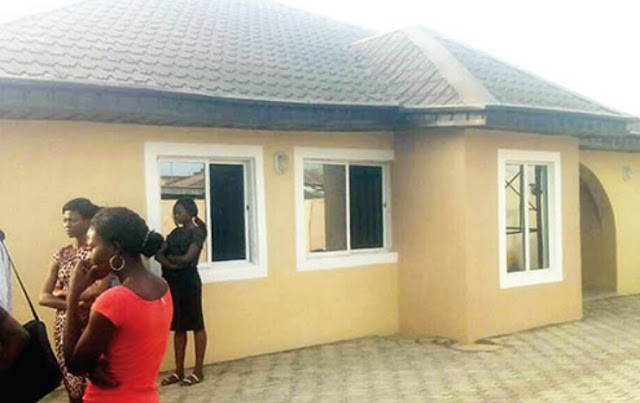 After some of the students gained admission, he was said to have lured them into the residence and brainwashed them into believing that their success was attainable through prayers rather than education.

He reportedly influenced two of the victims, who were students at the University of Lagos, Busayo Grilo and Tolu Daniel, to quit their studies at the institution.

Busayo’s elder brother, Goriola Grilo, told PUNCH Metro that it took a long time before the family discovered that she was being held at the camp.

He said the family suspected that Busayo had been hypnotised when she told them that she needed “clearance from the leader” each time she was asked to come home.

He said, “She went to a tutorial centre for students preparing to sit for UTME. That was sometime in 2013. All of a sudden, she told us that the coaching centre wanted to form a Christian fellowship. Giving the fact that we are Christians, the family allowed her. We felt it was better for her to combine academics with prayers.

“All of a sudden, she started talking about success camping, but our mother questioned the camping and warned her against it. After she got admission into UNILAG to study Guidance and Counselling, she started telling us about the success camp again.

“We did not know she had been brainwashed by the pastor. He carefully selected some intelligent members of the tutorial centre and turned them against their families and friends. It became very worrisome when my sister came home last year and said she had been rusticated from the school because she did not pass some courses. I was surprised because she is brilliant.

“She did not tell us that the pastor at the camp was also the tutor until a guy who recently escaped from the camp told to us that she was living in the camp. We thought she was in school; the guy said he had spent nine years in the camp doing nothing with his life before he realised that he was hypnotised.

“He said the only time anybody left the camp was when they needed to get food from their families. That was when I realised why my sister rarely came home even when the school was on vacation.”

He said he subsequently wrote a petition to the NSCDC, Lagos State Command, which bust the camp last Wednesday and rescued 10 victims – seven females and three males.

“One of victims, Tolu Daniel, was studying Psychology at the University of Lagos, but he was forced to drop out at 200-level.

“Parents of the victims were at the NSCDC office in Ikeja last Wednesday. There is a guy, whose parents had paid about N1m tuition fee after he gained admission into a university in Edo State. He has become a mental case at the camp,” he added.

A parent, Roseline Johnson, said her daughter, Olabisi, was lured into the camp sometime last year, after she enrolled in the tutorial centre.

She said her daughter always told her that she was going to the Redemption Camp on the Lagos-Ibadan Expressway, adding that it was when the pastor was arrested that she knew she was lying.

“She had a National Diploma certificate at UNILAG. She went for the tutorial because she wanted to further her education. The man collected their certificates and told them there was nothing like school,” she added.

An official of the corps told PUNCH Metro that the suspect located the camp near a bush on the outskirts of Mowe so that people would not get wind of his illegal activities.

He said, “We got a complaint that the pastor was into abduction and was sexually harassing his female victims. He had brainwashed about five of them to drop out of school. Some of them had been living with him for four years, while others had spent over five years. He added Abraham to their names.”

The Lagos State Commandant of the NSCDC, Tajudeen Balogun, said the suspect and the victims had been handed over to the National Agency for Prohibition of Trafficking in Persons and other related offences, adding that the victims would be rehabilitated by the agency.

He said, “It is a case of suspected human trafficking. The command acted on a petition from one of the relatives of the victims. We tracked down the pastor at a camp in Mowe. He was not ordained as a pastor. He lured the victims from a tutorial centre in Kosofe and hypnotised them.

Nigerian Pastor Dies On Top Of Prostitute In Hotel In Delta State After Service
Nigerian Woman Locks Up Orphan Maid, Gives Her Biscuit As She Travels To London For Vacation