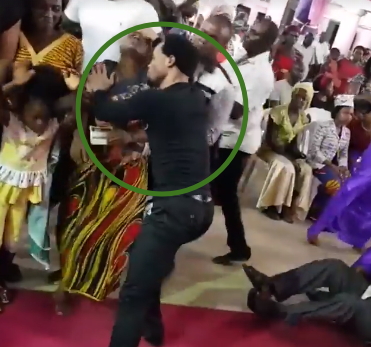 Check out the viral video of a weird Nigerian Pastor who slaps and hits his church members during his forced deliverance session.

The controversial Pastor identified as Chukwuemeka Ohanemere, the founder of a popular church in Onitsha Anambra in one of his deliverance sessions was seeing hitting and slapping his confused church members in an attempt to get them to fall under his “anointing”.

The fake end time prophet is the founder of Mountain of Holy Ghost Deliverance centre in Onitsha.

What is more disturbing is the viral video of a young girl who is seeing crying in the forced deliverance as the self-acclaimed prophet shakes her legs vigorously.

His church members who refused to fall down under his anointing were dragged down by the ushers.

The video of the bizarre deliverance session has gone viral with many criticizing Ohanemere for his violent deliverance style. 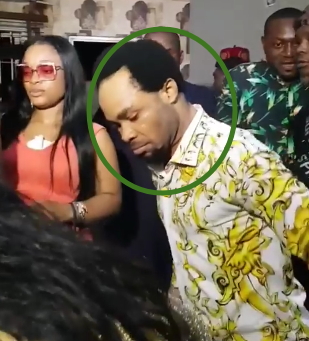 Benefits Of Daily Devotions & Bible Study: What You Are Missing When You Don’t Read Your Bible Everyday
Ritual Killings Fear In Asaba As Civil Servant & Female Student Disappear