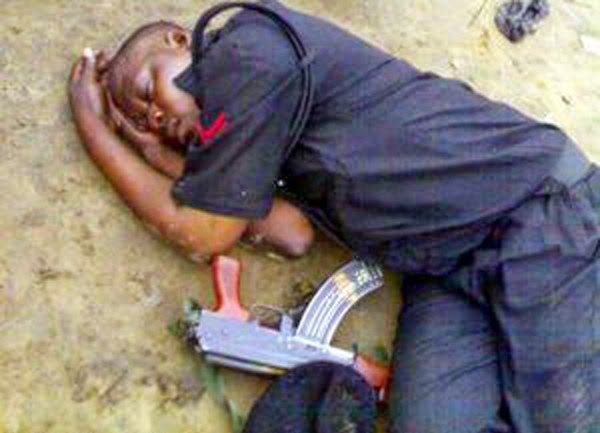 Not the actual picture

Police ASP Baba Ibrahim was murdered in cold blood on Wednesday after an attack carried out by some suspected cattle rearer in Kastina area of Ala LGA of Benue state during an official assignment on cattle rustling.

The JTF leader was on an official duty with other police men from Abuja when some suspected Fulani men inside a taxi drove into the area and started shooting sporadically.

Baba Ibrahim was confirmed dead on the spot while other cops and civilians were rushed to a nearby hospital for treatment.