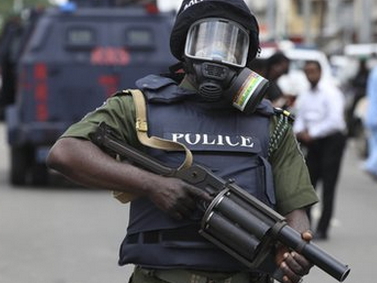 A Nigerian police officer has been given death sentence for an offence he committed in 2010.

The convict , a Port Harcourt-based Police Inspector was sentenced to death by Justice Enebeli of the Rivers State High Court today for allegedly killing a pure water business owner in front of his shop in Port  Harcourt.

35-year-old Onyekachi Nwasuruba was shot at point blank by trigger happy Inspector Timothy Samuel who only had 2 years to retire at the time of the murder.

Despite pleas by his lawyer, Justice Adolphus Enebeli insisted that he has no power to remove the death sentence .

“According to section 319 of the Constitution of Nigeria, I don’t have the power to reduce your sentence, that you Inspector Timothy Samuel be hanged on your neck until you are pronounced dead,” – Justice Enebeli ruled today in Port Harcourt.

The convict, a married father of five children has been dismissed from the force.