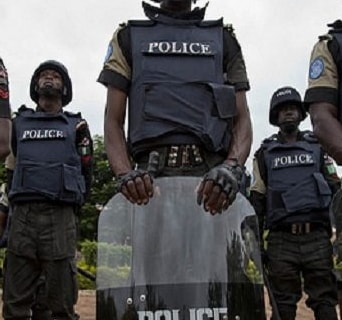 A policeman has been arrested in Delta state for allegedly killing his rival after he caught him flirting with his wife.

According to local sources, the police sergeant and his wife had a fight which led to their separation.

The victim allegedly slept with the wife of the police sergeant despite entreaties by the suspect to leave his wife alone.

The policeman who had been away for a while reportedly returned to make things right with his wife when he found the victim with his wife.

Eyewitnesses said a fight broke out between the two.

The policeman allegedly broke a bottle and stabbed the victim repeatedly before escaping.

The victim reportedly bled to death at the spot.

The police image maker for the state, DSP Andrew said the police man has been arrested.