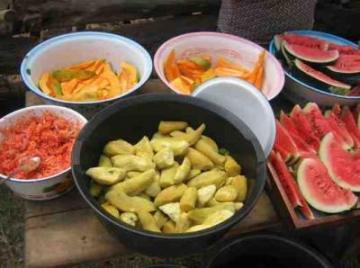 Assistant Inspector General of Police in charge of zone 10, comprising Sokoto,Kebbi and Zamfara States, Alhaji M. J. Abubakar, has ordered the redeployment of all police officers in Dansadau emirate within seven days, saying a police officer’s wife was cooking for the robbers in the forest.

Abubakar, who gave the order while on a familiarization tour of the command, said he had earlier mobilized men to go and arrest the police officer’s wife, but that some bad eggs among the policemen tipped the woman off and she escaped.

“We mobilized our men to go and arrest that woman so that useful information can be tapped from her, but the devils among us revealed our plans to her and she fled thereby undermining our operational abilities,’’ he said.

He warned against such acts, saying anyone found wanting would be dealt with according to the law.

“Let me tell you that the attacks being launched on police formations in this country succeed because dangerous and corrupt elements among us tell these attackers and politicians about our operational abilities,’’ he said.

He said the insecurity situation in the state can only be overcome politically, adding, “Even if you bring all the police helicopters and troops here, it will not solve the problem. If we want to bring the menace to an end, we must seek political solution.

“There is politics in that issue because you cannot expect a vigilante group formed by a typical Hausa community to go and start killing Fulani herdsmen roasting their cows to eat and calling them robbers. That is why we have started making moves to solve the problem, already, we have summoned all the stake holders in this matter’’. (Credit: DailyTrust)