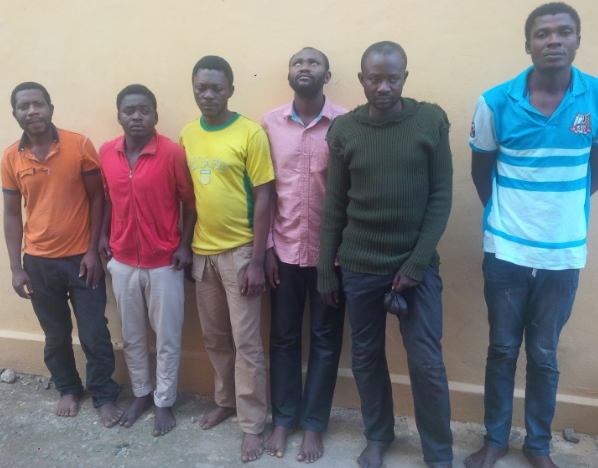 The police officer who allegedly joined five others including a blind man to rob 10 homes in Lagos earlier this year has been arrested.

The accused who are residents of Ikorodu, Ogudu and Oworonshoki areas of Lagos were today remanded at Kirikiri Prison by an Ikeja Magistrates Court.

They allegedly used dangerous guns and daggers of all sorts to attack their victims.

They are to appear in court on the 22nd of December for hearing.