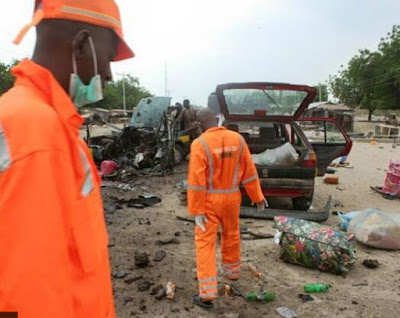 Less than a week after a suicide bomber detonated his explosives at Muna Garage entrance in Maidiguri, another one has struck.

According to Borno State Police command, a suicide bomber struck yesterday around 9:06pm at the same spot.

The bomber and an innocent man died in the attack.

Last Friday, another bomber killed himself and two vigilantes a few meters away from Gamboru-Ngala road. Another was gunned down while rushing towards a refugee camp in the area.