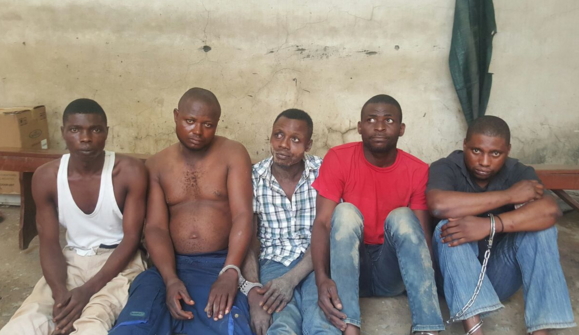 5 members of a notorious car-snatching gang have been arrested in Lagos.