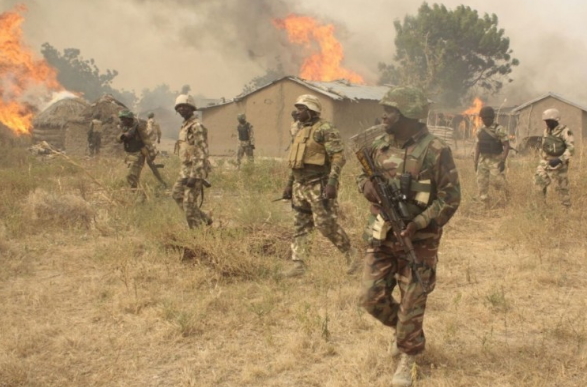 The Nigerian army yesterday says it has rescued an additional 1,880 women and children from Boko Haram insurgents in the Sambisa Forest.

This was disclosed by Maj. Gen. Lucky Irabor, the Theatre Commander, Operation Lafiya Dole, during a news conference at the Maimalari Cantonment in Maiduguri on Wednesday.

Irabor revealed that the troops also arrested about 504 Boko Haram terrorists while 19 of them willingly surrendered adding that about 37 foreigners were also arrested and are currently undergoing interrogations to ascertain whether they were terrorists or not.

“We also arrested about seven kidnappers and we are currently interrogating them,”.
“Our troops have continued to make significant progress in the fight against Boko Haram insurgency.
“I gladly say that our troops have successfully mop up all the areas in Sambisa Forest including gate one.
“We are currently in camp zero; I am not going to tell you what we are doing there.
“But I can assure you that we are recording remarkable successes.” –  he revealed