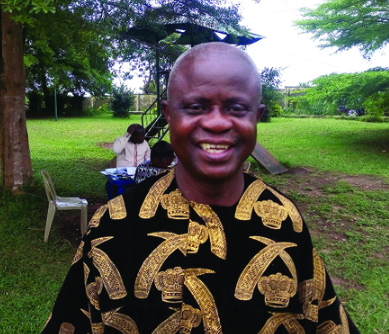 With the development of Antiretroviral Drug- Aluminium Magnesium Silicate (AMS), by Maduike Ezeibe, Professor of Veterinary Medicine, Michael Okpara University of Agriculture Umudike (MOUAU) Abia State, People living with HIV/AIDs will now have the cause to smile again. Science Editor, STANLEY CHIBUIHEM AMALAHA, in an interview with the don in the university, reports

Professor Maduike Ezeibe, a renowned Nigerian scientist and Head, Department of Veterinary Medicine, Michael Okpara University of Agriculture, Umudike, Umuahia, Abia State, Nigeria has found what could be a novel treatment for Human immunedeficiency virus (HIV) infections infection that may slash the current cost of treatment.
Ezeibe, after 19years of intensive research has been able to show that synthetic Aluminum- Magnesium Silicate (AMS) has antiretroviral effects that could lay a perfect track for affordable and effective therapy for HIV. 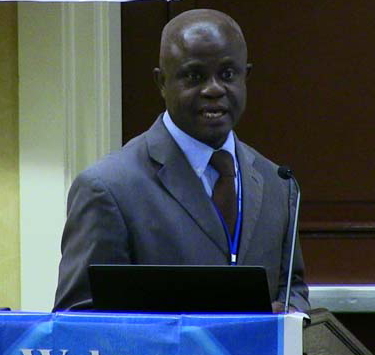 Results of his work titled ‘Assessment of Antiretroviral Effects of a Synthetic Aluminum-Magnesium Silicate’ published in the British Journal of Medicine & Medical Research (BJMMR 4(8): 1672-1679, 2014) and featured on SCIENCEDOMAIN international (www.sciencedomain.org), shows a significant reduction in the titres of the virus when HIV positive plasma was incubated with AMS.

Chemistry of the action

Ezeibe said this could provide an ultimate cure for the virus that has defiled so many scientific efforts to curtail it in the past. He reacted Aluminium Silicate with Magnesium Silicate to obtain the synthetic Aluminum-Magnesium Silicate devoid of impurities as show in the chemical equation below

Giving further details on AMS, the distinguished don said, “Molecules of Aluminum– Magnesium Silicate have platelets that possess both negative and positive electrical charges on their surfaces and their edges. HIV on the other hand is negatively charged. So the simple scientific understanding that opposite charges attracts ensures that the HIV virus binds to the AMS and is discharged from the body alongside.”

It was concluded that the AMS has antiretroviral effects and could be an inexpensive antiretroviral therapy for regular treatment to reduce high rate of HIV infection among low income groups because the two essential minerals – Aluminum Silicate (kaolin) and Magnesium Silicate, used in the production of the therapy, have large deposits in Umuahia and other parts of Abia State. This, he said, would make the therapy cheaper and more affordable than the old anti-retroviral drug.

He added that the therapy would take an average of two to three months or more to cure HIV/AIDS patient depending on the viral load in the patient.

Following directives from the Vice Chancellor of MOUAU, to the Medical Director of the University to verify Ezeibe’s claim, a team from the University went into collaboration with the Basic Health Clinic Abuja for an Independent Clinical trial of AMS. It was discovered that after Eight months of administration of AMS to HIV patients, three out of the 10 HIV patients, are now HIV negative.

Two more would recover this month (June) after nine months of treatment with regard to reduction in their viral load; while the remaining five patients are expected to be cured next month July.