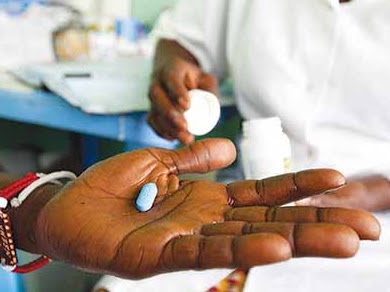 The Joint UN Programme on HIV/AIDS (UNAIDS), says it is working to address the growing shortage of antiretroviral drugs in various health facilities in Nigeria.

Dr. Bilali Camara, the Country Director, UNAIDS, described the situation as an emergency.
He said that UNAIDS was discussing with the Federal Ministry of Health, Network of People Living with HIV/AIDS (NEPHWAN) and some major donors over the issue.

Camara told NAN in Abuja today that the problem was caused by difficulties being encountered by Global Fund to manage its resources in the country.
Global Fund is one of the major donor agencies in Nigeria.

“UNAIDS is very much concerned about the antiretroviral drugs crisis in Nigeria and it is working with Country Coordinating Mechanism to quickly address the problem.
“It is a new issue that comes up within Nigeria and Global fund relationship, we are working to rebuild their confidence and bring them back to the field.
“We also want to understand that cutting and depleting their resources hurt Nigerians,” he said.
Camara said that the global fund was established to save lives, as such “its action is negatively affecting HIV/AIDS response in the country.”
“We are moving forward to rekindle global fund’s relationship with Nigeria.
“There is clarity on their expectation and what is needed from Nigeria,” Camara said.

Similarly, Mr. Victor Omosehin, the National Coordinator, NEPHWAN, told NAN that the drugs were not available in many centers.

Omosehin said people living with the HIV in Taraba now take pediatric drugs due to non-availability of the adult drugs in the state.

He said that taking pediatric drugs by adult would lead to resistance.

Omosehin urged the government and other stakeholders to provide the drugs, adding,” denying people affected by HIV access to drugs is denying them access to life.”