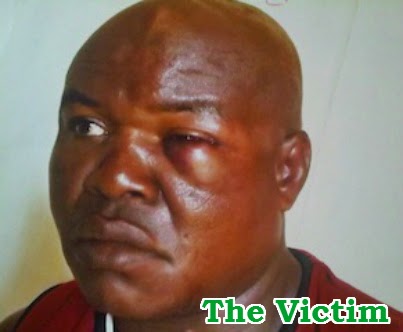 May 7, 2015 – Nigerian Prophet Who Ran Away From Court During Trial In Lagos Jailed

Prophet Destiny Onwudinjo of Heaven Divine Ministry, Shasha, a suburb of Lagos in western Nigeria, has been sentenced to seven years imprisonment without an option of fine for absconding from court to evade trial.

Presiding Magistrate P.E. Nwaka of Ejigbo Court handed the sentence to Onwudinjo after he pleaded guilty to attempt to escape after he was brought to court for trial.

Prophet Onwudinjo caused a stir at the court recently when he suddenly jumped from the dock and ran out of the court where he was facing criminal charge of fraud and assault.

The prosecutor, Mr Femi Adeleye, and some of the court officials ran after him and re-arrested him along the street of Lagos.

Onwudinjo got into legal trouble after attacking a man who refused to pay him money for deliverance prayer.