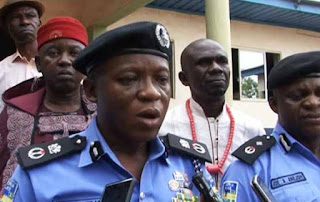 After receiving intelligence information on the activities of some IPOB members in Abia state, a combined team of Abia Police, soldiers and DSS reportedly raided a Jewish synagogue yesterday.

The raid carried out at 56 Imo Avenue in Aba yesterday caught residents by surprise as this is the first raid of its kind in the area.

Eyewitnesses said the security operatives raided the synagogue in 8 hilux vans and arrested the wife of the priest in charge of the synagogue and a worshiper.

A Rabbi from Abuja who came to teach the members of the faith in Hebrew language was also picked up.

The suspects were detained at the Aba Central Police station yesterday.

The security operatives reportedly broke into the “Holy of Holies” without consecrating themselves , an action which is against the Jewish tradition.

Holy of Holies in the Hebrew bible is the inner sanctuary where God dwells.

The security agents reportedly made away with Jewish study books, Torah and Tanakh during the raid.