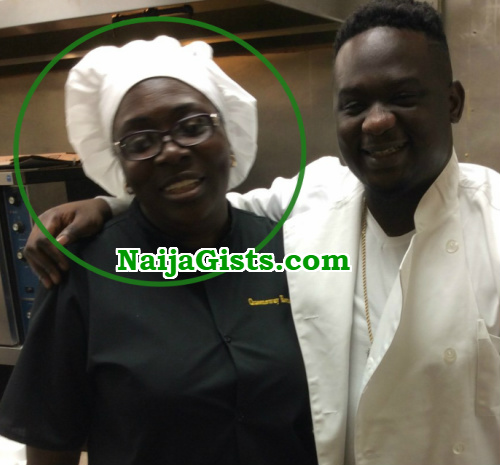 On Sunday the 2nd of July 2017, Miss Atinuke Ogunsalu aka Tina Ogunsalu of Queensway Restaurant & Catering in Maryland, US, became the winner of the first ever Jollof Hackathon presented by I/O Spaces during Jollof Festival In Washington DC. The event was organized by Afropolitan Insights. 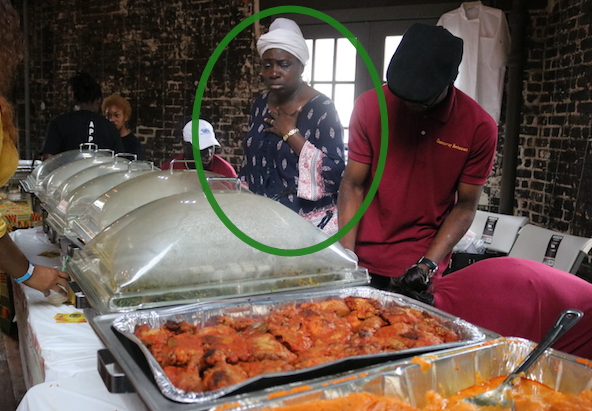 Ms. Ogunsalu put skeptics to shame with her win and proved to all that Nigerians can indeed cook Jollof when she secured her country the win at the event. Her competitors at the event were Cameroon, Ghana, and Sierra Leone. Jollof is cooked in a single pot with rice and a tomato-based stew plus preferred meat, fish or poultry. It is very popular the world over especially among West Africans. 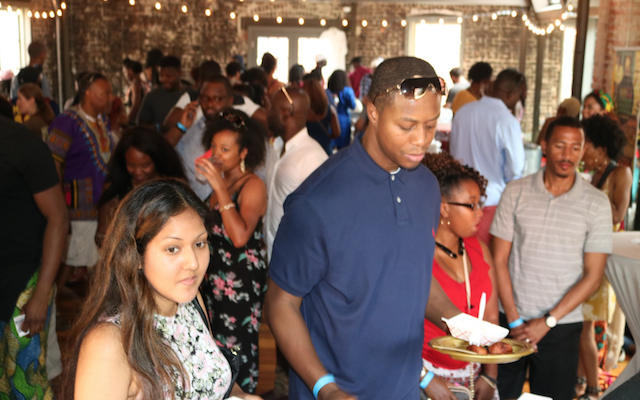 The winning chef arrived at the event venue; 1630 19th Street in North West of Washington DC, with high hopes despite heavy opposition fueled by the popular assertion at that Nigeria Jollof, was indeed nothing to write home about.

A good number of the over 600 people that attended the #JollofFestival had high expectations of team Ghana Jollof to win, unfortunately, Ghana sold out due quickly of food, though they had called for backup it never arrived on time so they were beaten by the clock.

According to Lucinda Mensah a Ghanaian Jollof enthusiast based in Virginia USA that TheAfricanDream.net spoke with: “there was no Ghana jollof to taste when it was time to judge as we sold all since people were buying it like crazy. If Ghana had just one teaspoonful of jollof for the judges to taste we could have easily won. I noticed the Nigerians had a truckload of their jollof on deck, they came to battle and won fair and square.”

When it was time to make their final presentations to the judges it was only Cameroon, Sierra Leone, and Nigeria that were left standing.

Four-time ‘Embassy Chef Challenge’ participant and executive chef at the Ghana Embassy in Washington DC — Chef Francis Otoo — was joined by Gigi Ness of African Cuisine Inc, Tamara Raye of NATIVSOL, Maame Boakye of Dine Diaspora and Jamaican Andrea Coleman, (a) Jollof enthusiast, on the panel of judges to adjudge and announce the winner.

Each finalist was given five minutes to present their dish to the judges who based their decisions on participants’ presentation, taste, and originality.

According to Chef Otoo whose opinion was shared by the other judges, Ms. Ogunsalu did not only “capture a great taste and healthy combination of ingredients in her meal, she did an awesome job at presentation and that was something very pleasing to the tongues and eyes of the judges” he told TheAfricanDream.net a media partner of the event.

Newly crowned #JollofFestival champion Ms. Ogunsalu told TheAfricanDream.net that she was glad to have carried the day for Nigeria, and felt that people can now actually jump off the fence and try Nigerian Jollof for themselves instead of being prejudiced.

The winner walked away with US$1000 coworking services from event partner I/O Spaces and an opportunity to become a Chef at Jollof Caviar; an upscale African Fusion Restaurant Opening in Washington DC in 2019.