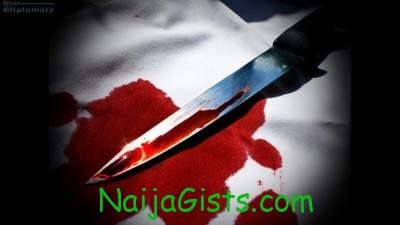 A Nigerian Security guard working in Belize by the name of Abayomi Olatunji, has died from multiple stab wounds to his upper body, police in the central American country said on Monday.

According to police press officer, Fitzroy Yearwood, Olatunji’s body was discovered on a feeder road, near mile 3 and a half on the Western Highway.

Before his death, the 40 year old Nigerian worked as a Security Guard with J&B security Company. naijagists.com

Police believed he was murdered and then dumped off at the spot where he was found.

“So far we have received the identity. We know that he was a security guard, a Nigerian national; he was employed by J & B Security. We are still trying to establish when the last time he was seen alive was and we are presently trying to interview his friends and see what we can do from there. We know that it’s a case of murder and we are investigating that also,” Yearwood said.

“He had several stab wounds to the chest area, face, somewhere around the right eye and some to the back. We are trying to establish whether he had any problem with anyone out there. It is not a norm for you to find a security guard in that kind of condition. What the investigators have established so far is that he may have been killed and thrown where his body was found.”