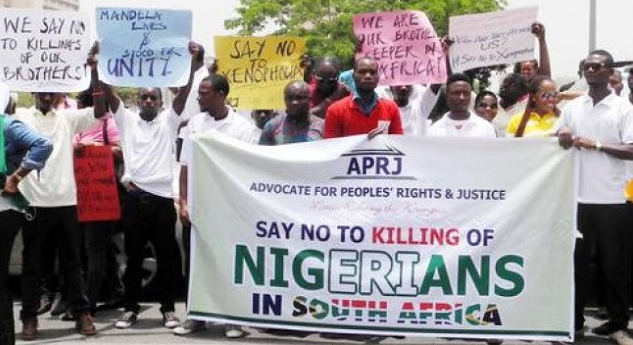 August 1st, 2016 – Nigerian Shot Dead In Johannesburg South Africa, Another Stabbed To Death By A Zimbabwean

The first victim identified as Gideon Ogalaonye from Onitsha was shot at close range by some unknown gunmen around 7pm at the residence of his daughters.

The second victim was killed by a suspected armed robber from Zimbabwe at Yeoville area of Joburg around 8pm.

Nnamdi Michael was stabbed to death by a Zimbabwean for refusing to let go of his cash and phone.

The suspect was arrested after the victim raised an alarm moments before he died of fatal stab wounds.

The Zimbabwean was arrested and handed over to the police.

The two incidents have been reported to the Nigerian mission in South Africa and the South African police.