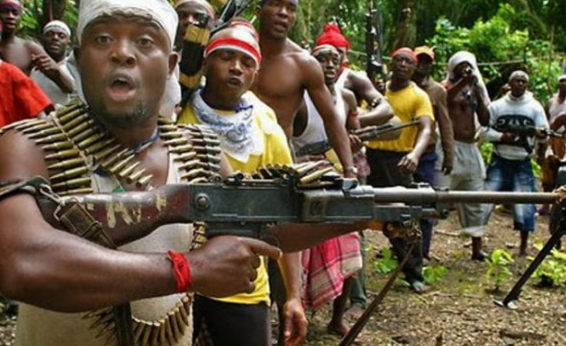 The clash at the weekend led to the arrest of four of the militants, who have been terrorizing residents of Igbo Olomu community of Ikorodu in Lagos State.
Mr Femi Atiku, the coordinator of Ogbagba Zone of OPC in Isawo-Ikorodu area under Gani Adams confirmed the incident on Sunday.

Atiku said that they lost one members of their group during exchange of gun fire.
“The OPC members engaged the militants in a fierce gun battle around Yewa community in Igbo-Olomu and facilitated the release of two landlords earlier kidnapped by the gunmen.

“Sadly, an OPC member was killed but other members succeeded in arresting four members of the gang, who were handed over to the Owutu Police Divisional.
“The division later handed them over to the area commander in charge of the area,’’ he said.

Atiku said that their members responded to a distress call that the militants invaded Yewa area of Olainukan, where they kidnapped two persons, including a landlord called Mr Daniel Akpughe.

“The OPC responded and caught up with the militants, who had by then relocated to part of the creek and a serious clash ensued between the two groups.
“The abducted members of the community were rescued. The militants regrouped and waylaid our members on their way back, killing one of them, Tunde Sogunro in another round of gun duel,’’ he said.

The OPC leader also expressed the readiness of the group to tackle the menace of the militants in Lagos state.