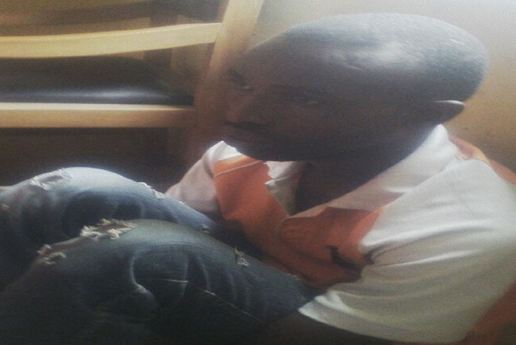 The police also accused him of attempted murder and theft in the charge sheet.
The second count accused Musa of using stones to break her employer’s right arm, finger and biting her on the face.

The police stated that the victim’s shouts attracted neighbours and other security men in the area who saved her from being killed. She was immediately taken to the hospital for treatment.
The security guard, it was learnt, escaped from the scene before he could be apprehended and fled to his vilage in Yola, Adamawa State.

Following a report of the incident, the DPO in charge of Maroko Division, Lekki, Lagos directed a team led by Inspector Sunday Arebamen to arrest the fleeing suspect.

The detectives tracked the suspect to his village in Adamawa State where he was arrested and brought back to Lagos.
Following the injuries sustained by the victim, doctors in Nigeria referred her to a specialist hospital abroad for treatment.

The incident, according to the Police, occurred on 25 June, 2016 at 27A Emmanuel Abimbola Cole Street, Lekki Phase 1, Lagos.

During interrogation, the suspect allegedly confessed that he attacked his employer with the intension to kill her and cart away her properties to sell and use the proceeds to start a business.

Musa was arraigned before an Igbosere Magistrates’ Court, Lagos on a one-count charge of felony to wit, assault occasioning bodily harm.