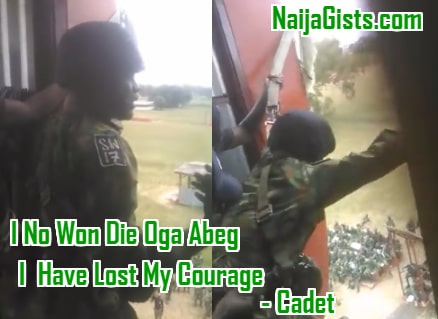 Check out the most watched video of Tuesday the 8th of January 2019.

The drama you are about to watch happened during a military training at the Nigerian Defence Academy in Kaduna.

The cadet whose name was not disclosed for privacy reasons caught the fear bug when it was his time to jump.

The young man who appeared to have lost all his courage at that point refused to jump even after his superiors encouraged him.

After being mocked heavily, his colleagues were ordered to push him down the rope.

Watch the short video below.

He is better off quitting quit now before the training gets tougher, NDA training is no child play. 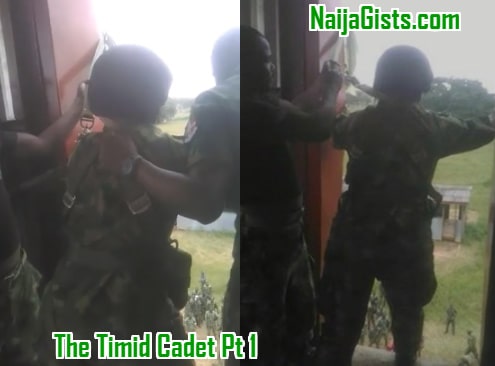 If he is afraid of jumping, how will he perform on the battle field??.

This one na bad market for the Nigerian Army.