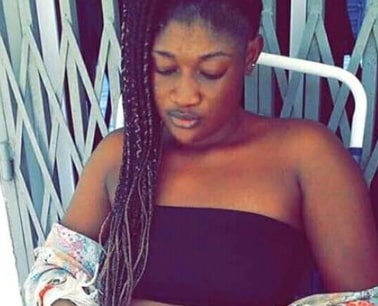 Pictured here is a yet to be named  lady who hails from Benin in Edo state.

According to her friends, she slept and never woke just days into the New Year.

While circumstance surrounding her death has not been revealed, it has been claimed by some that the deceased might have been sick which led to her death.

A lady identified as Queen Faith broke the sad news on FB few hour ago. 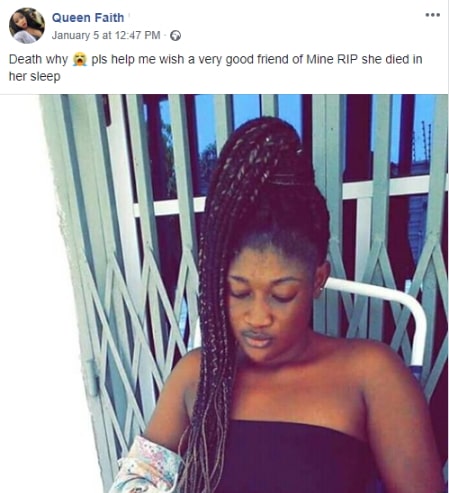