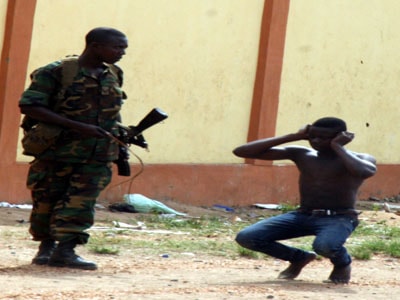 The unidentified soldier was seen holding a gun and a horse whip as he faces a civilian who probably could have beat up his tormentor if he wasn’t in a military uniform.

If you take a closer look at the above photo, the manner in which the young man knelt down, begging the soldier and the speed with which he agreed to frog-jump could only have been gun-induced.