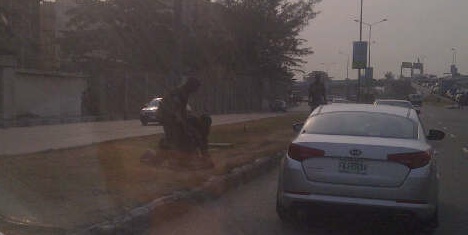 The National Human Right Commission (NHRC) is demanding an internal investigation into reports that soldiers acting with impunity, abducted and raped women in Abuja who they later claimed were prostitutes.

Executive Secretary of NHRC, Bem Angwe, pressed the Chief of Army Staff and the Commissioner of Police FCT Command, Abuja, to update the commission on any and all steps to find the delinquents who committed the outrageous actions towards women, reported on the Federal Radio Corporation of Nigeria on Jan 14.

According to the radio report, soldiers driving in a black Hilux van around Wuse 2 in Abuja abducted the women, beat them and took them to an unknown destination where they were violently raped.

The matter is already before the Federal Secretariat, Abuja police station, according to the NHRC which pledged to ensure that the rights of the victims were enforced. When contacted on the development, Army authorities said they had since ordered the Guards Brigade to investigate the matter. THey promised not to shield anybody found to have engaged in any wrongdoing, promising that the culprits will be adequately punished if the allegations are found true.

The International Federation of Female Lawyers has also taken up the case.

FIDA National President, Hauwa Shekarau, said: “The association is worried at the seeming silence, nonchalance and outright complicity of law enforcement agents in addressing the high rate of violence against women, especially rape, assault, sexual harassment as well as defilement of young girls, even as these acts are crimes already codified in our law books such as the penal and criminal codes.

“The impunity with which women and girls are raped, defiled and violated in this country is completely unacceptable. It is quite sad and ironic to see people who are paid from state coffers and charged with the responsibility of protecting citizens and maintaining law and order being the same people that are perpetrating crimes against the same citizens.

“A situation where the bodies of women and girls are seen as objects to be acquired willy-nilly by men without their consent leaves much to be desired. FIDA Nigeria, therefore, calls on the leadership of the Nigerian Army to investigate and ensure that the perpetrators of these dastardly acts are fished out and made to face the law.”

“No stone should be left unturned until the perpetrators are brought to book and the course of justice is served; we wish to emphasize that justice must not only be done but must be seen to have been done. This should serve as deterrent to others.”

Rape is widespread in Abuja and convictions have been few if any. In November, a woman was drugged in a taxi, abducted and raped and threatened with blackmail by her abductor. Rapes have also been reported of children and elderly women, most recently in Opi, Nsukka, Enugu State.