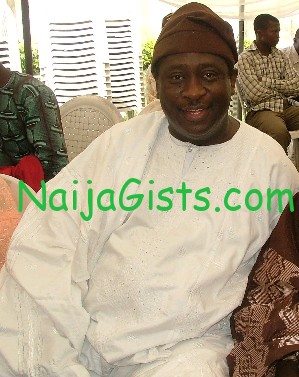 According to a press release issued by the Economic and Financial Crimes Commission, EFCC, today, the business mogul has varnished into thin air following allegations of corruption and misappropriation of funds.

He is set for arraignment on Thursday January 17, 2013 but he has failed to report to the agency in preparation for his arraignment.

Below is the detail PR from EFCC

The Economic and Financial Crimes Commission, EFCC has declared the Chairman of Bi-Courtney Highway Services Limited, Wale Babalakin wanted in connection with a case of Criminal Conspiracy and Money Laundering to the tune of N4.7billion.

The businessman who was supposed to report to the Commission today preparatory to his arraignment on a 27 count criminal charge before Justice Adeniyi Onigbanjo of the Lagos High Court tomorrow, January 17, 2013 failed to do so, and has gone underground.