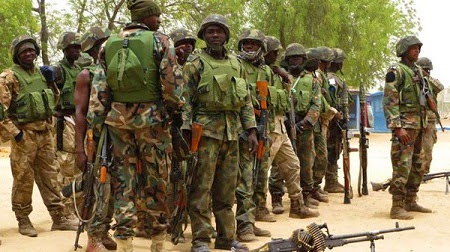 The Nigerian military said on Tuesday afternoon that they have rescued 200 girls and 93 women from the dreaded Sambisa Forest.

According to a statement made by the Defence Headquarter on Twitter last night, the troops destroyed the notorious Tokumbere camp where several captives were beheaded in the past and 2 other camps.

The military couldn’t confirm if those rescued are the long-awaited Chibok school girls.