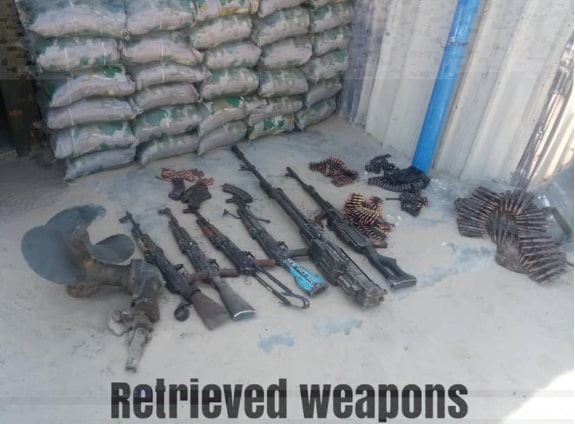 Some suspected Boko Haram terrorists met their Waterloo and suffered heavy casualties on Wednesday evening when they attempted to invade 118 Battalion location at Arege in Abadam LGA of Borno State.

The insurgents were completely routed by the troops, neutralising many of them while others fled in disarray due to superior firepower. As a result, they hastily evacuated most of their corpses under the cover of darkness.

However, during exploitation of the general area at dawn, the gallant troops discovered 4 BHTs corpses and recovered the following; 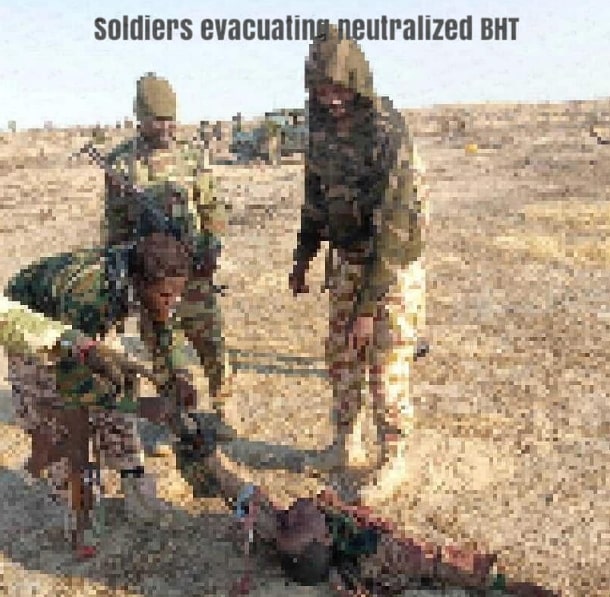 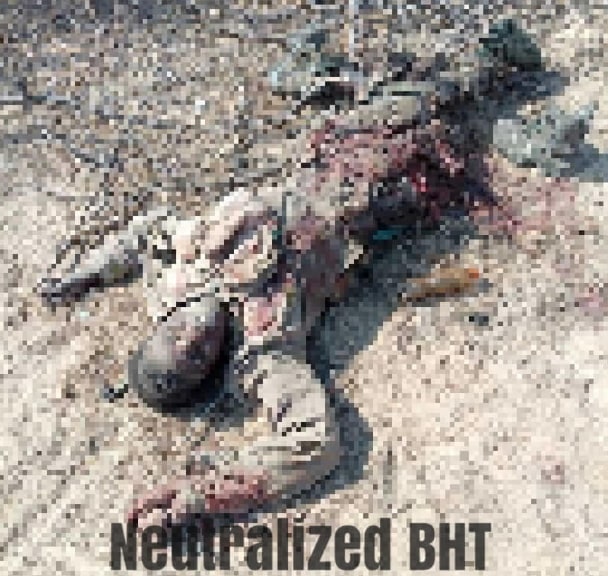