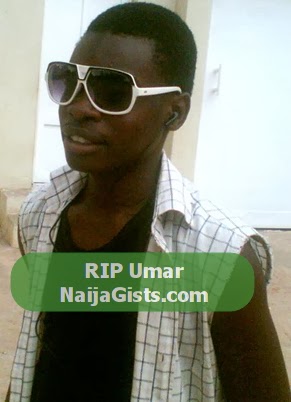 On Thursday, some soldiers killed a student of the Hassan Usman Polytechnic in Katsina.

The soldiers reportedly opened fire on a passenger vehicle with registration number AY504KTN after the driver refused to stop at a checkpoint.

The shot fired at the car killed one of the passengers instantly.

The incident was confirmed by JTF spokesperson, Captain Ikedichi Iweha yesterday while briefing News Agency Of Nigeria reporters in Katsina.

Iweha said that the soldiers opened fire on the vehicle when the driver attempted to beat a military checkpoint at Batagarawa area of the state.

The JTF spokesman said that the affected driver had been arrested while the vehicle had been impounded by the army.

Meanwhile, a witness, who pleaded anonymity, told newsmen that the driver allegedly attempted to overtake a truck at the checkpoint.

The witness said that the deceased was later identified as Umar Ali, 22, a National Diploma II student of Hassan Usman Katsina Polytechnic, Katsina.

22-year-old Umar Ali was on his way to a friend’s wedding in Niger State when he was killed.