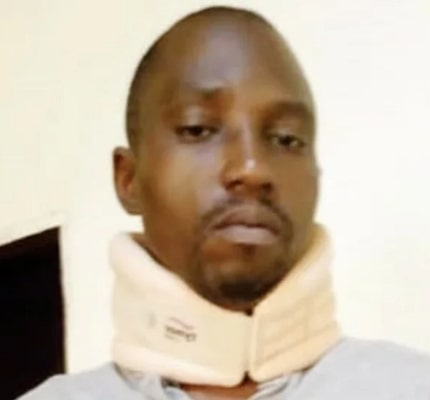 An employee of Slavabogu Nigeria Ltd in Osogbo Osun state, Oluwaseun Ojo has opened up following a knife attack by his co-worker, a Turkish named Yalcin Oktem .

Mr Ojo, an accountant by profession said he is the one responsible for his treatment even though his company promised to clear his hospital bill.

He is what the victim who had a neck brace told Metro Plus yesterday:

“I have not being offered any money for treatment or as compensation. The medical bills have not been settled by the company. I was asked to undergo series of tests, because the knife he (Yalcin) used to stab me might have been infected”.

Ojo suffered multiple injuries after the suspect stabbed him for not using Mr Prefix while writing his name.

The suspect, Yalcin Oktem has been dismissed and declared wanted by police.