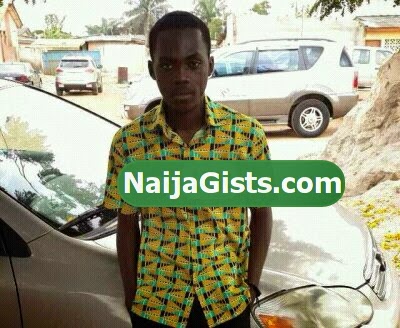 Last weekend was a bloody one for three Nigerian brothers studying in Accra Ghana.

According to police report, three male students of Sikkim Manipal University in Kwame Nkrumah Circle in Accra were attacked by some armed robbers who invaded their apartment around 3:30am this past Saturday.

Nazifi Osman and his brothers were dispossessed of their belongings and fatally stabbed with knives by the masked robbers.

While his brothers survived the attack, Nazifi didn’t because of the deep stab wound inflicted on his chest.

The trio were rushed to the hospital by their neighbour but Nazifi was declared dead at the hospital.

As at the time of this report, the brothers of the deceased Jamiru Osman and Mustapha Musa are receiving treatment at Korle Bu Teaching hospital located on Guggisberg Avenue in Accra.

The tragedy has been confirmed by Police DSP Elizabeth Dankwa who disclosed that one of the robbers has been arrested and taken to Kotobabi Police Division.