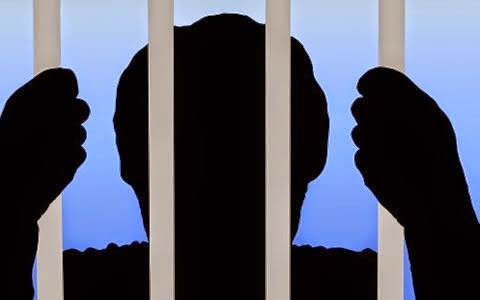 A gospel singer-turned Nollywood actor who recently released a gospel album has been nabbed for his alleged involvement in the kidnap of his former boss.

The Nollywood actor whose identity was not disclosed by the police was said to have planned the kidnap a female banker whom he worked with in Lagos. The banker was kidnapped from Mile 2 area of Lagos state.

The suspect was arrested with other kidnappers at a building under construction in Mowe area of Ogun State last week by Anti Robbery officials from Lagos State.

It was disclosed that the actor was a former banker who lost his job before venturing into the gospel music industry and from there, he joined Nollywood.

The actor in question had featured in popular movies like The Eves, Friday Night, Witches Club, Palace Club and Mountain High.

The female banker kidnapped by the group has been rescued after his family paid the ransom the kidnappers requested for.

The bubble bust on them when they were caught while trying to share the money gotten from the captive’s family at a remote area in Ogun State.

Though the identity of the upcoming Nollywood actor was not revealed but he was said to have released a gospel album in 2008 and another one this year.

The female banker in question has been reunited with her family as the suspects await trial for robbery and kidnap.

The upcoming Nollywood actor is a 28-year-old man from Enugu.