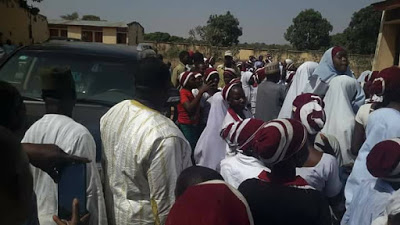 At least 5 young boys were attacked in two Islamic schools at Tungan Magajiya in Rijau LGA of Niger State by suspected ritual killers.

Investigation revealed that the killers slaughtered three boys in an Islamic school and made away with their blood at 3am on Wednesday but two others survived the attack.

Northern City News gathered that the assailants might be in need of human blood to perform rituals.

It was gathered that the throats of the victims were also removed and their blood drained into a container and taken away.

The victims were between the ages 8 and 13.

One of the affected parents who lost two of his wards also confirmed in a telephone interview that the boys were attacked while sleeping, adding that their throats were cut off.

“The attack was carried out by suspected ritual killers because they drained off their victims’ blood; it happened around 3am on Wednesday,” he said.