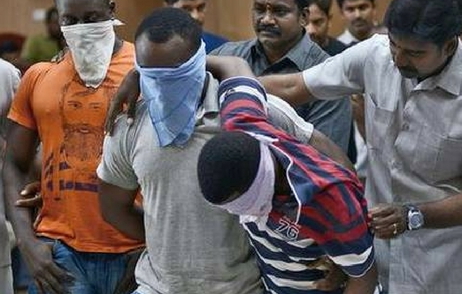 According to Time of India, 5 Nigerians and an Indian woman were nabbed by police yesterday after police raided the hideout of some Nigerians and their Indian accomplice.

The suspects caught in possession of cocaine, amphetamine and brown sugar were also accused of connecting Nigerian girls to men for prostitution.

Cosmas and his Indian wife were the first to be arrested at a bus stop early Monday morning after police found 3g of Cocaine and 200g of Marijuana in their possession.

After their confession, they led police to the apartment of their associates were others were arrested.