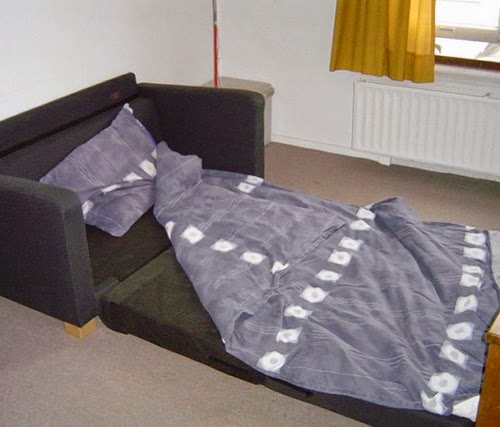 March 4, 2015 – Nigerian Woman Kept Husband’s Dead Body At Home For 3 Years To Prevent Family From Knowing About His Death

An elderly Nigerian woman has been arrested with her 2 daughters for allegedly hiding her late hubby’s corpse from his family members.

60-year-old Mrs Joy Olatunji Shittu and her grown daughters, Aishat and Toyin were arrested for keeping the corpse of the deceased who died back in 2012 inside his house in order to prevent his extended family members from hearing about his death.

The incident happened at the deceased house at 14b Olaitan Mustapha street in Ojoko area of Lagos.

The deceased, Jimoh Olatunji Shittu passed away in 2012 and his 2 daughters and wife took him to his place in Delta State only to discover that his family had sold the land to another person.

When the burial plan failed, Joy brought her late hubby back to Lagos and kept his corpse inside a room for 3 years without the consent of the members of the husband’s family.

With the knowledge of the two daughters, they embalmed the corpse and were living with it until the police discovered it and arrested them on Tuesday after a tip off.

Joy told the police that she did not tell her husband’s family about his death because she was not in cordial relationship with them.

Adopted Son Sends Robbers To Bishop House To Steal Church’s Offering, Suspects Killed By Police
Photo: Mad Woman Burnt Alive After She Was Mistaken For A Suicide Bomber In Bauchi