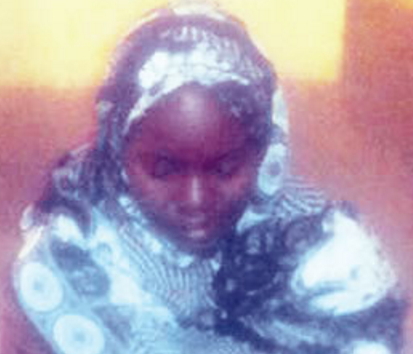 This young woman who travelled to Muscat in Oman from her base in Mowe Ogun state in May of last year has become mentally unstable.

According to her sister, Maria Olubunmi, 30-year-old Abosede Alasiri was introduced to a job by a travel agent, Alhaja Ayoola in Mile 2 area of Lagos last year.

Ayoola reportedly sent Abosede to Oman after she agreed to work as a house help and send her first 6 months salaries to her.

However she ran mental when she refused to fulfill the agreement on getting to Oman.

Her family believe Ayoola attacked her with the illness after she refused to send her first six months salaries.

As it stands, Abosede is desperate to return to Nigeria but no airline is willing to accept her as they claim she is acting very violent.