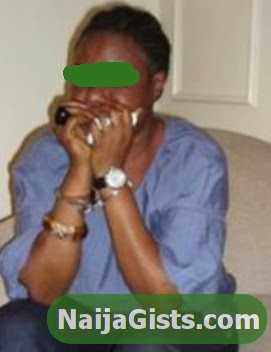 A woman has been nabbed by Ebonyi police officials in connection with the murder of her boyfriend.

The woman identified as Uzoamaka allegedly murdered her boyfriend, Duniya on Christmas day and dumped his dead body at a refuse dump at Onuebonyi junction in the Abakaliki outskirts.

Police spokesman, Chris Anyanwu who paraded Uzoamaka before journalists in Abakaliki on Saturday said CPS police division received a report of an abandoned corpse at the refuse dump and commenced investigation into the matter.

He said the deceased was identified as Duniya of Dusten Makaranta in Nassarawa State who used sell tiling materials.

According to PPRO, “the victim was Uzoamaka’s concubine, who arrived her house on the 23rd of December, 2013 with a Sienna bus with number plate DV 815 AA, which she had earlier ordered for in July 2012 with a part payment of N350, 000. After showing her the vehicle, the deceased reportedly told her that the price of the car was N700, 000 and demanded for the balance of N350, 000 from her to seal the transaction.

“Uzoamaka, whose business, had been bad said she could not afford such amount; hence they agreed that the vehicle should be sold so that the proceeds would be used to offset the initial deposit made by her. Accordingly, on December 24, 2013, she took him to one Ituma, a native doctor residing at Azuebonyi Echara Ikwo who later bought the car at the cost of N700, 000 cash promising to pay the balance of N50, 000 on December 30, 2013,” he stated.

Anyanwu also disclosed that Uzoamaka, on their return, demanded for her initial deposit of N350, 000 from the deceased but was given N300, 000 and promised to pay the balance of N50, 000 when he returns on December 30, 2013, a development that was not acceptable to the woman, hence a fight ensued between the duo.

“In the process, Uzoamaka hit him at the back of his neck and he fell face down and died. She then removed the deceased’s red long-sleeved shirt and hid it atop her house roof while his pair of black shoes were left behind the door. She later carried the corpse to a nearby refuse and dumped him there. She later invited her in-law, Chukwuemeka who drove her to Ikwo in the said Sienna car,” the PPRO stated.