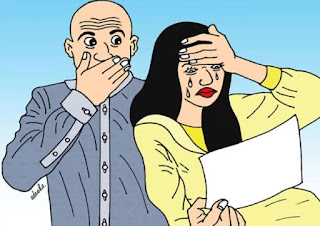 January 12, 2018 – Eggon Man Who Impregnated Mother-In-Law Confesses “My Wife’s Mother Seduced Me Into Sex, I Never Knew She’ll Get Pregnant”

A woman identified as Victoria Ulaha is in a deep mess.

If it were possible, she would turn back the hands of time and wish all that happened to her never did.

The problem is that in sowing his wild oats, John Ulaha impregnated another woman. What makes his sin so obnoxiously unforgivable? The woman in question is his mother-in-law! Right now, his wife is in a great fix as to what to do about the ugly and shameful development.

Victoria, blessed with a daughter, lives in Lafia where she manages a provision store while her husband runs a carpentry workshop. But by way of augmenting their incomes, they are heavily involved in farming activities in Awe, where they hire labourers to work on their farms.

Inviting trouble in an innocuous way

After the implementation of anti-grazing law in Benue State pushed over 85% of Fulani herdsmen from Benue to settle in Awe, they started destroying, at an alarming rate, farmlands belonging to others.

This situation made Victoria to invite her mother who is a widow to come over and help her husband harvest their farm produce of yam and guinea corn since she was very busy with her shop business in Lafia. In the course of time, sometime in mid-September 2017, John and his mother-in-law, Mrs. Ashetu Igbasue, 42, relocated to Awe in order to fast-track their harvesting. 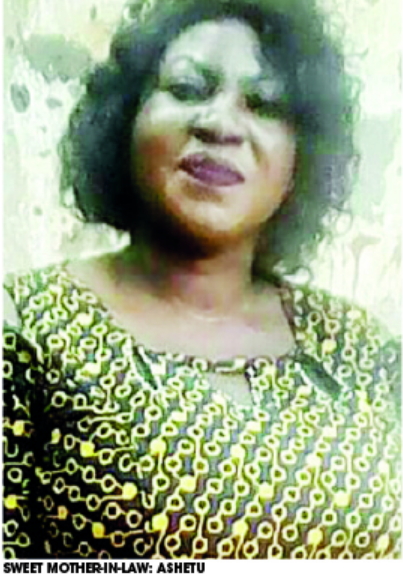 Three months into the pair’s sojourn, the bubble burst and Victoria found a big scandal on her hand when her mother came reporting dejectedly that she was pregnant. For whom? Her daughter’s husband!

“I’m distressed, I don’t know how to handle this matter,” Victoria told Saturday Sun as she threw her hand helplessly into the air. “I got married to my husband nine years ago. The marriage is blessed with a baby girl and my mother used to come around to spend some time with us especially when she lost her husband.

“But this time around, I personally requested that she should come and help us do some work on the farm. Since then she had been in the village with my husband helping on the farm, though both of them used to come to Lafia regularly to pick supplies and go back because they were determined to evacuate all crops from the farm to the house before herdsmen could come to destroy them.

“There was a time my husband came to Lafia to get some cooking ingredients and I asked him whether they were feeding well. He told me lightheartedly that my mother’s cooking was more delicious than mine. I did not suspect anything bad. I believed my husband. And, moreover, the woman in question is my mother, not a rival.”

“The last time my mother came to Lafia from my husband’s village, she shockingly told me that she did not see her period for the first and second month running which implies that she is pregnant and said that my husband is responsible for it. She said she wants it aborted because it would be a shameful thing for her to be pregnant at her age when her husband is not alive.

“I invited her to come and assist me to take care of our farm work since Fulani people have been destroying it, but I did not know that my husband had established a love relationship with her. She confessed to me that my husband was responsible for her pregnancy.”

Expressing her disappointment at her husband’s behaviour, Victoria remarked: “It would have been better for him to get a second wife who will be stationed at home or even look for a girlfriend to satisfy him in my absence rather than going into a love affair with my own mother; it is a very shameful thing and an abomination of the highest order; it is wrong.”

Victoria who said she is ashamed and rattled by the development, promised to take proper action after she recovers from the shock. But for now, she had ruled out the option of opting out of the marriage.

How and why the devil struck

The mother-in-law, Mrs. Igbasue, said that it all started in the farm during a joke which led to sex later in the night when they returned from the farm. “I agreed to his demand for sex and thought it was just to satisfy his sexual feelings, but somehow, it became a daily thing,” she confessed.

“I never thought I could get pregnant due to my age. I told my daughter the truth so that we can get a solution to it and out of anger she went public with it. I have since regretted my action. My intention is to find a way and abort it. My daughter earlier agreed to look for somebody to abort it for me because I can’t keep it. The whole thing was temptation and I completely regret it. I have pleaded for forgiveness from her.”

When our correspondent confronted John with the issue, he was furious that his wife had let the cat out of the bag to Saturday Sun on what he considers to be a “family affair” and, therefore, supposed to be resolved internally. He claimed that his mother-in-law seduced him by always exposing herself while they worked on the farm, especially, whenever both of them came together to eat.

“She would always sit half-naked before me; at first, it was embarrassing to me,” he said. “But I later discovered that her actions were an open invitation and as a man, I was tempted at a point, and that led to something else. And we both continued in that order until our actions resulted in pregnancy.”

John who attributed the whole scandal to Satan’s work, added that he never imagined that the woman could become pregnant. He admitted that he has deeply offended God as well as his wife for going too far by sleeping with his mother-in-law to extent of getting her pregnant, adding that the pregnancy won’t stand as he will do his best by pleading with his wife to accept aborting it. 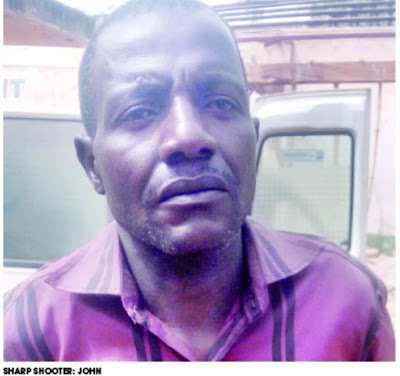 “I have regretted what happened. It is not in my character and the shame this very act has brought to me, my wife and the entire village as well as those who know me is unbearable,” he lamented. “Since my wife leaked this out, I have not been comfortable and have lost appetite for food. I have been pleading with her to forgive me because it is the devil’s work.”