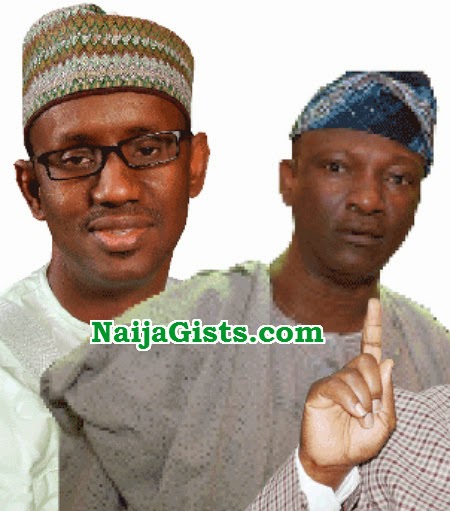 The terror in Nigeria was the result of – as the murdered General Andrew Azazi called it – PDP politics. People Desperate for Power (Coincidence that’s PDP). These are people who create SCENARIOS that “intimidate voters” to vote particular candidates, as Kadaria Ahmed squarely labeled it while she challenged Jimi Agbage. “This is what is called FEAR MONGERING,” she had called him out in her interview, for his deadly spurned and promoted ‘scenarios.’

Nigeria suffered much under one such ‘scenario’ for the 6 years of the Goodluck Jonathan administration. “Northern elements did it,” we remember Jonathan had declared of the Abuja bombing; locking up Henry Okah and any other MEND member who claimed it was their assignment. We were to live watching Boko Haram exterminating, abducting and displacing us while our government folded their hands and fed us with the deadly political ‘scenario,’ until thank God, Stephen Davis and the hunters of Adamawa stepped in.

We are worried about two people: Nuhu Ribadu and Jimi Agbaje. Desperation is a major issue. Again, it seems PDP spells, People Desperate for Power. When people are very PDP as these two are, they conjure these deadly scenarios and market them by holy and unholy means.

We are apolitical, however any politician that is deadly desperate for power and who sells Jonathan and his record of death and disarray in our nation is subject to our castigation as organizations and citizens.

In Adamawa all we hear is that Christians, or better put, fanatical ‘Christians’ should vote for Ribadu. The state is being deliberately torn in a sponsored religious scenario. The scenarios promoting such bigotry are never condemned by Ribadu which says a lot. Nuhu Ribadu in an interview granted to PremiumTimes last month had promoted Jonathan with the typical deadly scenario presentation that ENDS was established to destroy; Nuhu had threatened us that “Nigeria was in a war state and as such we must vote for Jonathan or else we ‘die.’”

In the Lagos case, Jimi Agbaje has been doing the same; speaking in London he presented this deadly scenario: “to keep Nigeria one, Jonathan must get another 4 years on his 8 in Aso rock; else there will be terror.” Jimi said the terror from the south will be more than the north ever can unfold hence people must vote to prevent the south terror scenario – by re-installing Jonathan for 12 total years in Aso rock.

Agbaje had said in his presentation that this threat and promise of terror depending on people’s choices of the scenarios he conjured and “sold” was “politics.”

Nigeria voted out Jonathan and there is peace. Nigeria proved to Agbaje that the devil is a liar! These People are Desperate for Power, PDP. Please beware of these Scenario masters!