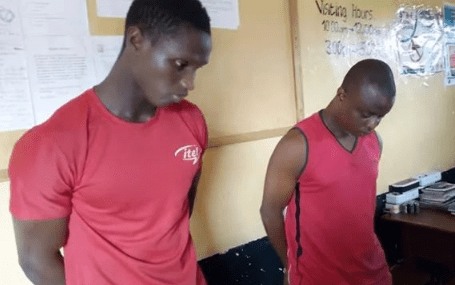 These two Nigerians are some of the crooks giving Nigeria a bad name in Liberia.

The suspects identified as Christian Onhuwu and Henry Cheigwu are drug dealers operating in Gbarnga in the past 10 years.

They were caught with 50.9 grams of Heroin following a tip-off from a resident.

According to information released by the Liberia Drugs Enforcement Agency, plastic bags containing heroine that worth 12 million Liberian dollars were found inside their business center on main street in Gbarnga. 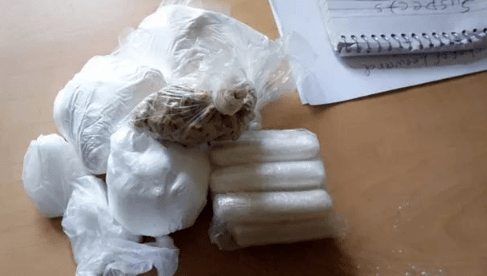 The suspects said to be primary drug dealers reportedly confessed during interrogation.

LDEA commander Alex Tweh thanked the people of Gbarnga for working with the police by reporting illegal activities.

“The criminals destroying the future of our children will be dealt with iron hand,” he said.

How sad!!!  It is high time our people stop this show of shame all over the world.

The bad eggs among us… Una no get shame.