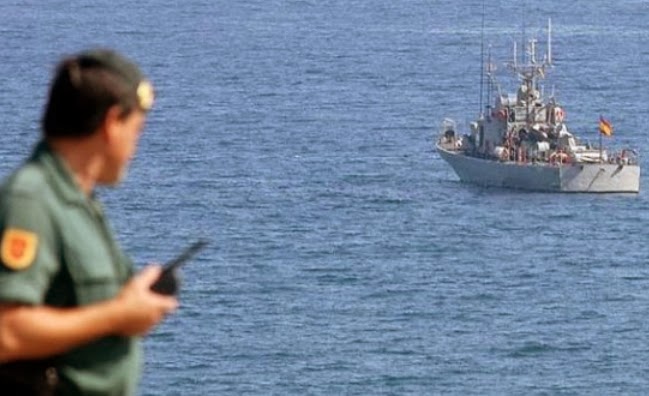 NIGERIANS IN SPAIN CONDEMN SPANISH POLICE SHOOTING OF AFRICAN IMMIGRANTS ON THE HIGH SEA AS THEY PLAN TO PROTEST.

It was a day that has generated global uproar when on Thursday the 6thof February 2014, the Spanish local border police opened fire on some 200 sub-Sahara African immigrants who were calling for rescue as they were attempting to cross the high sea from Morocco into the Spanish border town of Ceuta. So far, reports show that not less than 14 bodies have been recovered from the water and each of them with bullet wounds.

Describing the action as grave ‘inhumanity’, the Northern Observatory for Human Rights condemned the shooting as an action that ‘‘violates the international conventions on human rights”.

On the part of the Nigerian Community in Madrid and Spain, the action has been condemned in the clearest of terms. In a press release after an emergency meeting of the Leaders of the Nigerian Communities in Madridat the instance of the Nigerian Nationals Association, the President of the Association Comrade Lamptay Oriakhi described the action as a ‘premeditated act of wickedness’. He added his voice to the Socialist Party’s call for the resignation of all those directly and indirectly responsible for such inhuman act. He informed that while effort is being made by the Association to determine the number of Nigerians involved, the Association has begun a process of calling the African immigrant community together for a nationwide wide protest. Meanwhile, the secretary of the Association Honorable Precious Onuoha affirmed that a letter has officially been written to the United Nations High Commissioner for Human Rights (OHCHR) on the Nigerian Community’s disapproval and call for international justice.

While expressing dismay at the actions of the Spanish police, a cross section of the leaders of the Nigerian communities under the aegis of the Nigerian Communities Leadership Interactive Forum Madrid expressed concern over the high state of corruption in Nigeria as a major factor denying Nigerians employment thereby forcing many into such deadly risk.

The President Comrade Lamptay Oriakhi and the Secretary Honourable Prescious Onuoha used the medium to call on all Nigerian and African communities, high commissions and governments to respond to this act of inhumanity and support its condemnation.