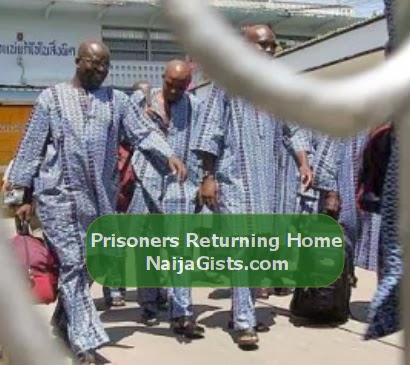 Some Nigerians serving various jail terms in the UK have kicked against the recently signed Prisoner Transfer Agreement between Nigeria and British governments.

Dr Dalhatu Tafida, Nigeria’s High Commissioner to the UK, on Tuesday in London confirmed this in an interview with the Europe Correspondent of the News Agency of Nigeria (NAN).

Tafida said that some of the prisoners have expressed concern over returning to the country to complete their terms, citing poor prison facilities and stigma as main reasons.

While explaining the framework of the agreement, the envoy said that the prisoner transfer was not an automatic exercise whereby those in jail would return home immediately.

According to him, transfer will not be voluntary but decided by both governments.

Nigeria and UK in December 2013 signed the agreement which will make it possible for prisoners to return home and complete their terms.

The agreement is yet to be ratified by parliaments of the two countries.

Also, Tafida said that there had been a decline in the number of Nigerians in jail across the UK.

“In 2008 when I assumed office, there were 800 Nigerians serving various terms; but today, the figure had dropped to about 390.”

He attributed the development to less crime, adding that “those who finished their term were released”.

“Similarly, those without papers are returning home voluntarily as life is tough here,” he stressed.

Tafida further said that as many as 40 people were usually repatriated monthly under the UK-Nigeria repatriation programme.

Success Guidelines For 2014: How To Live Your Life To The Fullest
Man Beats Up Nigerian Police Officer, Tears His Uniform In Shasha Lagos