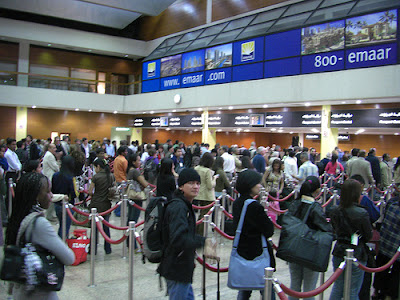 In five months time, all the visitors from Nigeria and other high risks countries like India, Sri Lanka, Ghana, Bangladesh, Pakistan will be required to pay a whopping £3,000 cash bond before they are allowed to enter the UK.

A pilot scheme that will target citizens from the aforementioned countries will force them to pay the British Government a form of deposit or cash guarantee in order to curb immigration abuse and fraud.

They will lose the bond if they abused the immigration system by overstaying or if they refuse to return to their home countries before their visa expired.

This highly controversial scheme by the United Kingdom is similar to the Australian system and it shows how authorities are trying to curb the sudden influx of immigrants from other countries.

“In the long run we’re interested in a system of bonds that deters overstaying and recovers costs if a foreign national has used our public services.” – said Theresa May, UK home secretary.

This move is to reduce the number of immigrants entering the UK from countries with high volume of visitor visa applications.

Do you support this move?