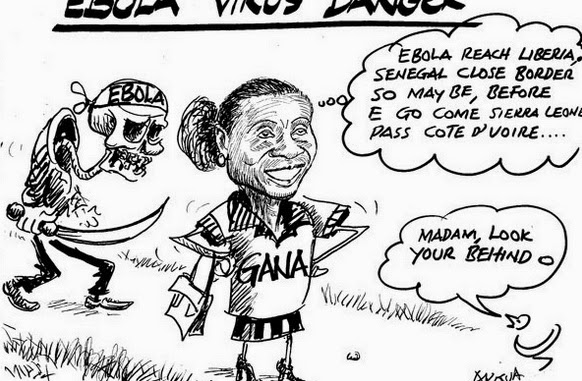 This morning an Ebola patient was brought to a private clinic, the sister said to the receptionist my brother has Ebola, the doctor being a Yoruba man shouted from his office EBOKINI? Olorunmaje ki ari oriburuku (God forbid bad thing) he ran out of the hospital everybody followed including women in labor and other patients.

Submitted by a liberal reader