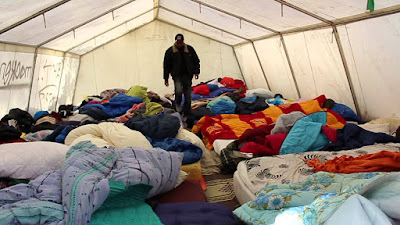 Few days after meeting President Buhari, German Chancellor Angela Merkel has ordered Germany to stop accepting asylum seekers from Nigeria because most of them are using Boko Haram as cover up to stay in Germany legally.

According to her, over 10,000 who applied for asylum in Germany this year would be sent home.

After her tour of Mali, Niger and Ethiopia, the politician said she came to realise that most Nigerians claiming to have fled over Boko Haram insurgency were only looking for an easier life.

She said this is in contrast to those running from bloodthirsty ISIS in Syria and Iraq.

Angela Merkel said not all Nigerians who claim to be fleeing Boko Haram are doing so, and are therefore ineligible for international protection under the conditions afforded to asylum seekers.

Over 10,000 Nigerians who used Boko Haram as cover up in Germany are now facing deportation.