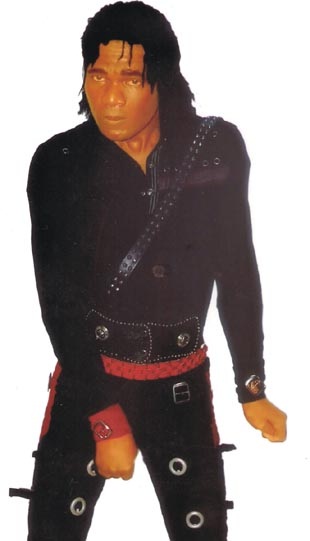 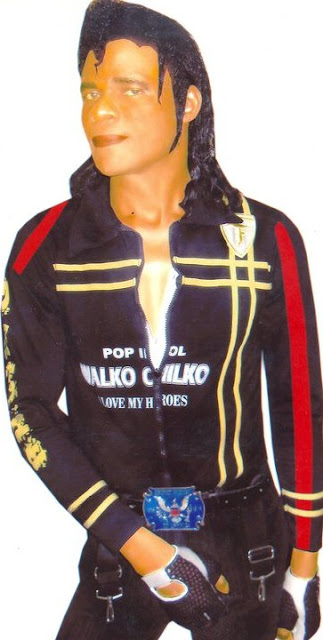 Over 4 years after the death of Michael Jackson who passed away on June 25, 2009, his Nigerian look-alike, Michael Eze popularly known as Walko-Chilko, has blamed no one  but himself for his inability to get in touch  with the “stage idol” while he lived.

Expressing regrets in a chat with Showtime during the week, Walko-Chilko  said, “ The greatest mistake I have ever made in my life was my inability to meet Michael before his death. While he lived, people advised me to send my photograph to him, but I never took the advice seriously until after his death.”

Speaking further, Walko Chilko  revealed that when PMAN used him to welcome Marlon Jackson to the country a few years ago, the first question the latter asked was whether his brother knew his activities.

The Imo State-born pop singer who is returning to the spotlight with a new album, ‘Come Let’s Heal The World,’ described the late king of pop as “ the greatest entertainer that ever lived in the history of the world.”

However, explaining why he decided to imitate the late Michael Jackson’s lifestyle even after his death, Walko-Chilko noted that they share a lot in common. “I play pop and I’m a good dancer. I  believe I have the same look with Michael Jackson despite my colour. I admire Jackson very much and I believe even the life a black man is living today is imitated,” he explained.

The  10-track  album also features songs like ‘My Love is Free”  ‘Pretty Mama Jama”, “Peace for Africa”   and ‘African Heroes’.

According to Walko-Chilko, the songs in the album are mainly party songs that flow with the trend.