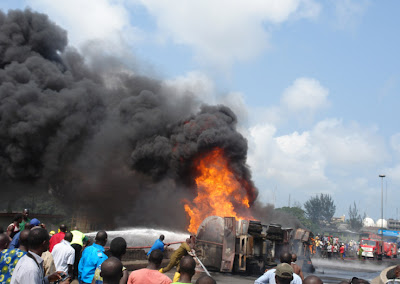 An imported gasoline vessel explosion that happened at the Atlas Cove Jetty in Apapa area of Lagos State Nigeria early this morning has killed some unidentified victims.

According to NEMA (Nigeria’s National Emergency Management Agency), the casualty figure is yet to be determined.

The explosion happened around 1am in the morning and the fire is still raging as at 10am this morning as firefighters fight to put the fire under control.