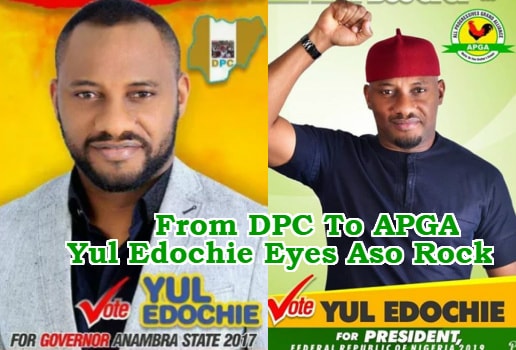 The actor is now a verified member of the APGA (All Progressive Grand Alliance).

Edochie who didn’t consider the embarrassment he suffered after polling the lowest vote in Anambra state history is set to try his lucky on the national level.

He will be competing with the likes of Buhari and Fayose in the upcoming presidential election if he manages to secure a ticket in his party.

As it stands, he has one more hurdle to conquer before joining the Presidential race officially.

Dreams do come true but this kind dream get as e be.