The truck a suicidal terrorist rented to kill many in Toronto this afternoon has been towed away by investigators. 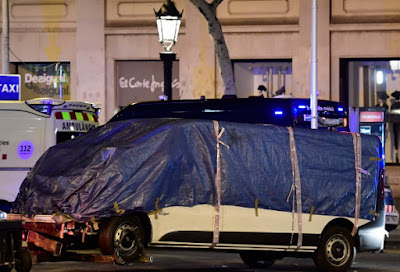 Dead bodies of victims have also been evacuated by forensic experts for autopsy and identification.

Earlier today, the suspect whose identity is yet to be revealed drove a white rental van into the sidewalk in North York area of Toronto, killing several pedestrians before stopping.

Here are some photos from the scene of the suspected terror attack. 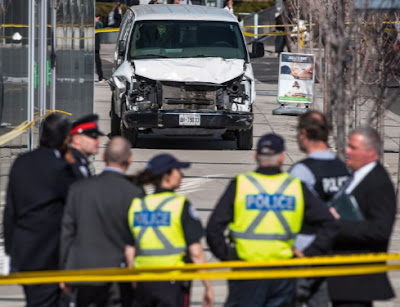 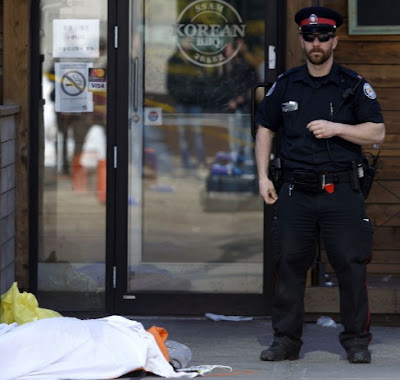 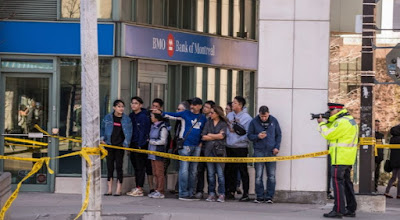 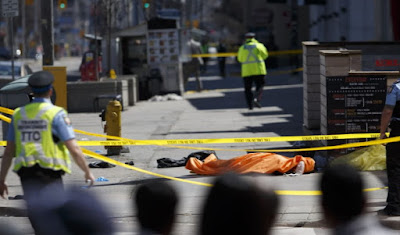 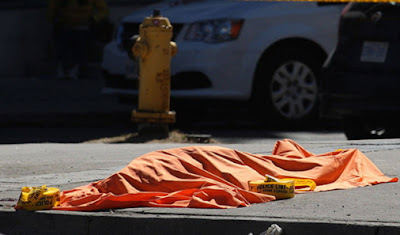 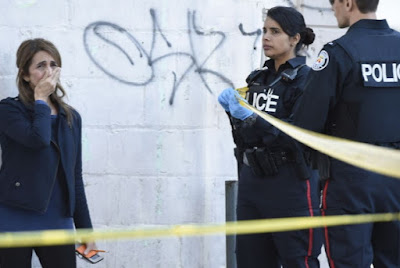 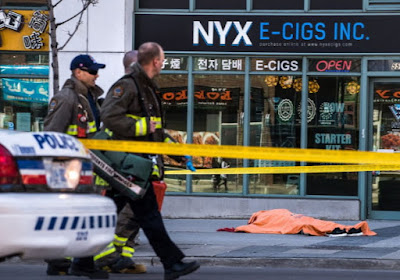 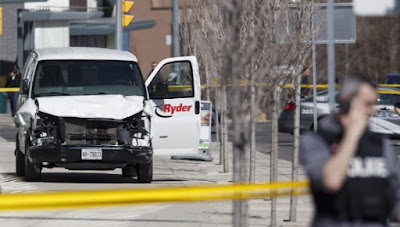 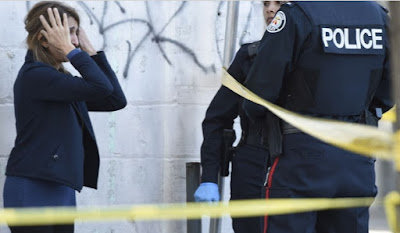 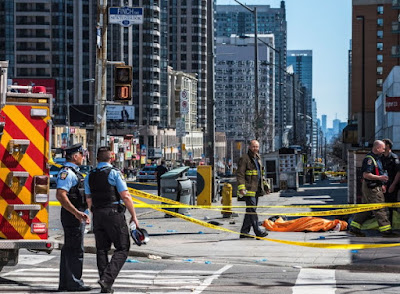 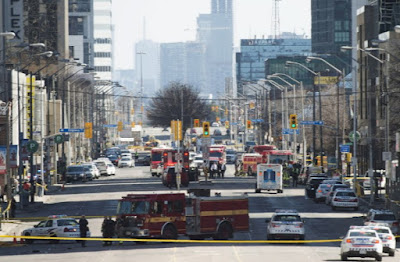 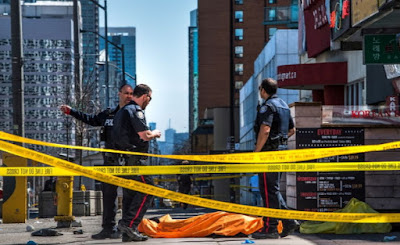 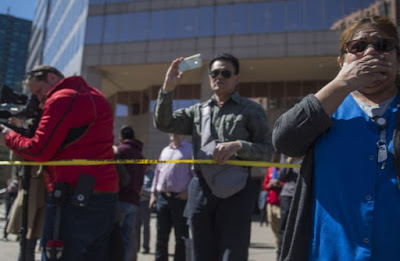 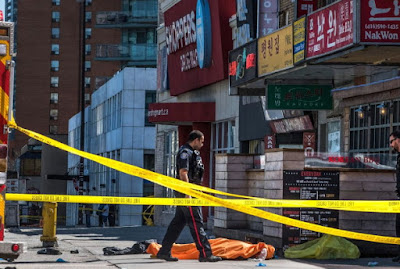 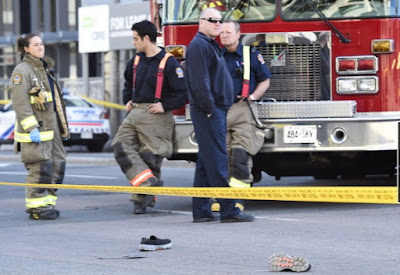 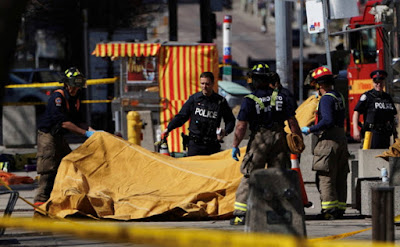 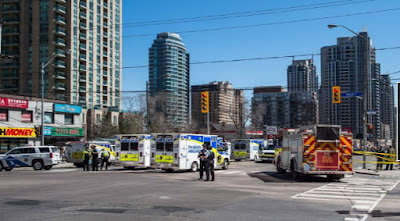 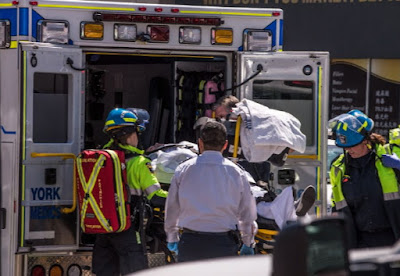 What has this world turned into self???

A man is suicidal and all he could think of is to hurt innocent people…. chai!!! Lord have mercy o.

May God comfort the family members of the innocent victims.