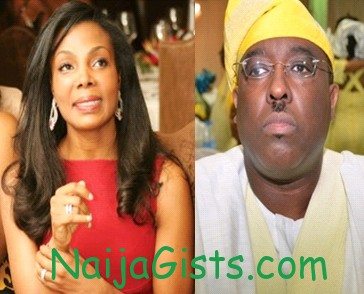 The latest rumour circulating round is that popular business woman, Nike Oshinowo’s marriage is at the verge of breakup. naijagists.com

In an interview with Encomium magazine Nike has debunked the rumour.

I was a guest at the event. There were many respectable and responsible Nigerians at the party. I sat at on the table with Gen. Danjuma and Daisy, Chief Molade Okoya-Thomas, Comrade Adams Oshiomhole, two of the Chagoury brothers and their wives.

Tokunbo was with a female friend and he was not even at our table! How can they write that I was kissing and hugging him in public, when there were respectable people around? Have they forgotten I have a husband? Can’t I attend a party without silly insinuations being cooked up?