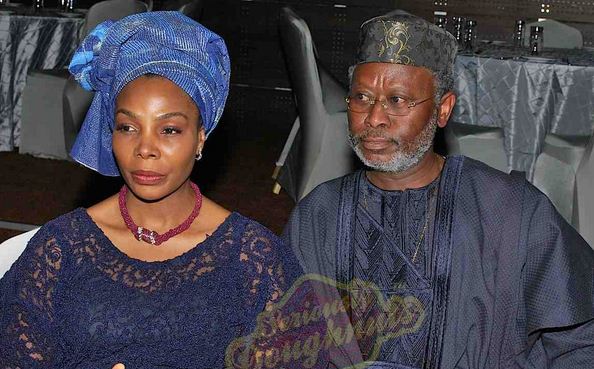 Former beauty queen, Nike Oshinowo who recently parts ways with her husband of just 7 years, Dr Tunde Soleye is yet in another legal battle. naijagists.com

We learnt the popular Lagos socialite, Dr Tunde Soleye dumped his wife of 28 years, Funmilayo Soleye and his children in London for Nike Oshinowo few years ago.

Tunde Soleye’s former wife, Mrs Funmilayo Soleye has filed for divorce settlement and her case has been granted.

Nike Oshinowo’s estranged hubby was ordered by a Lagos High Court to pay his wife N45 million as divorce settlement and also relinquish their London home to her.

Funmilayo Soleye this year filed for divorce from her husband of 28 years and the father of her 3 children, Tunde Soleye who abandoned her and married ex-beauty queen Nike Oshinowo in a traditional wedding that took place in Lagos few years back.

Nike Oshinowo was also ordered to pay Funmilayo Soleye a total sum of N5 million for breaking her marriage and causing her pain after she allegedly snatched her husband.